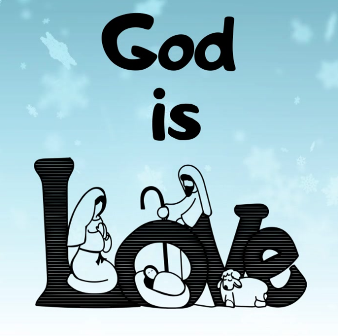 There was a man in the 6th Century who went by the name Pseuo-Dionysis. Although his name sounds like a rock band, he called himself “Pseudo” because he claimed to have discovered the writings of the Dionysus who is mentioned in the Book of Acts as an early Christian leader and teacher. Pseudo-Dionysius was a clever way to communicate to the faithful that he stood in the tradition of faith. And his book, The Divine Names, became second only to the Bible in popularity. Imagine how many more books he would have sold if they had Am-azon in the 6th Century! More than we realize his writings have shaped what we believe. What he said we cannot really know anything of God with our minds alone. God is so high above our ability to perceive and understand our minds have no chance of ever figuring God out. Dionysus says we know about God only because God has chosen to reveal Godself through love. We know God by realiz-ing that we are truly and deeply loved which enables us to love our-selves and others.

That is what the Christmas story is all about. God who flung the stars into the night (which number more than grains on all the beaches on the earth, by the way); God who hung the clouds on the wind; The God who formed the hippo and the basset hound and breathed life into them; God who carefully formed you and me, this God so loved the world that this God gave, and gave and gave God’s only son in love. Not just to point out what is wrong with the world but to redeem the world. Jesus is God’s Word made flesh, and the Word is love.

Believing the stories of Christmas are not just something that hap-pens between our ears. The paradox of believing is realizing we will never comprehend, but we know at the soul level that we are deeply and perfectly loved. Revealed by a baby lying in a manger who was worshipped by dazzling angels and ragged shepherds. The God of the universe as a helpless child who truly was, is, and always will be “Good News for all people whom God loves.”