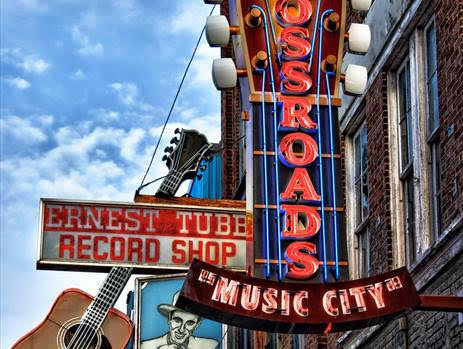 Remember that song “Elvira” by The Oak Ridge Boys? In the early 80s it seemed that song was on every radio station all the time. If you’re up for a little music trivia, “Elvira” reached #1 on the Country Charts, #5 on the Hot 100, and won Grammy of the Year for Best Country Performance in 1981. It was, and still is, a great song. I remember thinking that Elvira, whoever she was, must have been one of the most beautiful ladies ever. That song and the way The Oak Ridge Boys sang it is forever etched in my mind.

Fast forward to this summer 40 years later. I was listening to a podcast about the history of country music. This episode focused on Dallas Frazier, a Country songwriter in the 1950s and 1960s. In 1966 Frazier was driving through Nashville when he saw a sign for “Elvira Street,” thought the name sounded interesting, and penned the now famous song. Through the 60s and 70s, “Elvira” was recorded by many other artists, including Kenny Rogers and Rodney Crowell. I listened to others’ versions and couldn’t believe what I was hearing. “Elvira” didn’t sound right when I wasn’t hearing the only version I knew. I kept listening to those different versions and became a little upset at the wrong versions I kept hearing.

A couple of days later I listened to the other versions again. Believe it or not, I started to enjoy some of them. Then, I thought about how silly it was that listening to a different version of a song could cause me so much grief. That’s when I realized God was talking to me—not singing “Elvira” but clearly making a point with it. Imagine, if instead of automatically judging and shunning what doesn’t sound familiar, we listened to it and showed empathy to the person sharing it even if we thought it initially sounded awful.

This verse from James summed up what I am going to strive to do for the rest of this year. With God’s help, I am going to remember that there are other versions of ideas out there, and He wants us to listen and think upon them before responding.