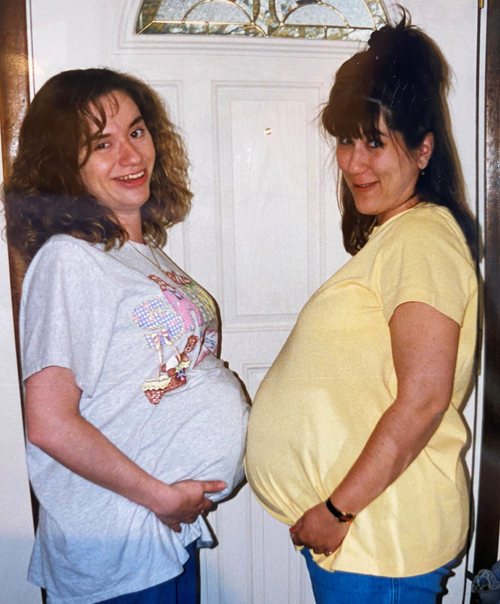 When I was expecting our first child almost 22 years ago, I knew two women who were both expecting twins at that time. Neither was surprised to find out they were having not one, but two babies.

One was a friend of my mother and simp-ly explained that God told her she was having twins. The other was Davids sister. She suddenly started having so many things come in twos. One example was an entire carton of eggs with all 12 eggs having double yolks. She also opened a frozen pizza box to heat up the pizza and found two pizzas in the box instead of the expected one! After all the doubles that suddenly started appearing in her daily life, it was not a shock to hear two little heartbeats at one of her earliest doctors appointments.

I often think about both women when reflecting on how we hear Gods voice and direction in our lives. I want to hear Gods voice loud and clear so I know it is Gods will and not wishful thinking on my part. I wonder what I can do differently to have less doubt as I walk through the numerous decisions required by life, both big and small, while trying to live as God would want me to live and not in my own selfish way.

I hear Gods voice in subtle ways. What I have noticed is that when I dont get it right and havent been actively listening, Gods message often gets louder.

I enjoy so much of my role as partner in a local accounting firm but have known that it was probably time to move on and had several subtle messages in the last few years. I probably wasnt ready to hear them. I finally couldnt ignore the voice as the volume increased at the end of 2020.

I am so grateful that God doesnt give up on us. 2021 has been a year of active listening leading to a year of transition in so many ways. It is an exciting time as we open to the possibilities of what is to come both personally and at Pine Ridge.