"To Protect with Courage - To Serve with Compassion" 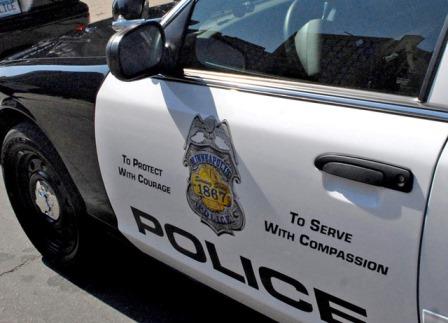 For the past several months since George Floyd’s murder in Minneapolis last Memorial Day, through the worldwide protests his death inspired, the trial and the recent verdict, we have faced many things not before seen.

Millions if not billions have seen the viral video image of a handcuffed Black man dying a cruel death under the knee of a white uniformed police officer.  The smart phone video in unblinking clarity struck something deep and visceral that caused people across the world to pour into the streets chanting “no justice, no peace.”

The image of the former police officer, less than a minute after being convicted of murder, led away in handcuffs was the trial’s stunning conclusion. All through the trial I noted the motto of the Minneapolis police force emblazoned on the side of the vehicle beside which George Floyd died, “To protect with courage—To Serve with compassion.” One after another MPD senior police officers coming forward to face the jury and the world and say under oath, “This was not courage—nor was it compassion.”.

Real courage takes compassion, otherwise it is just reckless force.  Real compassion takes courage to act or else it is stifled by fear. On the last night of his life, Jesus said, “There is no greater love than this—that someone should lay down their life for their friends.”  Compassionate courage.  Courageous compassion.

Over the past few days since the trial ended in guilty verdicts on all three counts, I have seen so many people of color say, “I can breathe again.”  There were so many who literally held their breath and doubted that this trial would go any way other than so many have gone before which end in acquittal or a hung jury.  No doubt others will and this one might have too if it were not for the brave teenager who recorded this murder on her cell phone to help us all face truth with compassionate courage and courageous compassion.